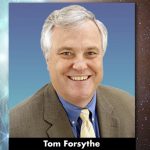 Nolan Johnson learns the differences between surface prep and cleaning in a discussion with cleaning expert Tom Forsythe of KYZEN, who says the two are not exactly one and the same with technical jargon around the topic varying from industry to industry.

Nolan Johnson: Tom, let’s start by talking about the difference between cleaning and surface prep. These two terms have different implications, and yet they all tie back to reliability for the assembler. How would you distinguish between surface prep and cleaning?

Tom Forsythe: This is a bit of a broad brush, but I believe surface prep is more commonly thought of as step one in a multi-step process. For example, surface prep could prepare a surface for plating. This term is commonly used in plating operations where they will go into a bath and prepare the surface to enhance the adhesion of the next step, and it’s certainly involved in components, advanced packaging, and in a way, probably board fab. Certainly, when they are trying to make sure the copper is stripped down, that’s known as surface prep because it’s fundamentally changing the surface to make it a more attractive for the next step, whereas cleaning doesn’t really change the surface.

Cleaning removes unwanted contaminants from desired substrates. Generally, your surface remains the way you wanted it. Whatever is in your drawing when you’re cleaning is what you have after cleaning, whereas surface prep is on the way to the drawing.

Johnson: So, we’re in uncharted territory?

Forsythe: Yes. For example, milling, or often chemical milling, is commonly used in other industries. For example, the road that we live on had a rough winter, and it’s getting repaved. Of course, in America and most of the world, they don’t actually dig down to the dirt anymore. They scrape it down and then they put new tarmac on top. During the job, the road crew put up a warning sign that read, “Milling operations this week.” I don’t think I’ve ever seen that on a highway sign before.

What were they doing? They were scraping down the surface so they could build it back up again, and that’s exactly what plating and chemical etch people do when they roughen a surface. Sometimes chemical milling can create depressions in certain areas of the surface. In essence, surface prep is changing the surface. Cleaning doesn’t have that notion of changing anything. We get in trouble when we change things. We’re supposed to clean the table; we’re not supposed to take out a saw and shave it down a little bit. The table is supposed to be what it was before that contamination got there.

Forsythe: It’s a different thing. That’s why surface prep tends to be more of what happens in a fab—making components and boards. Certainly, in the metal business, it’s used in many ways, like pre-plating, pre-painting, pre-coating, and so forth. It’s not a word that you find a lot in your bona fide assembly land. Surface prep doesn’t come up all that much.

Johnson: Where does it come up?

Forsythe: When we talk about cleaning, we are not really talking about surface prep. For example, automotive guys love conformal coating, but they generally don’t clean because if your car has a problem, you don’t die. That actually defines the whole spectrum of cleaning. If life is at risk, everybody cleans. If it’s a nuisance, nobody cleans. Everybody in between has a decision to make. Where are you on that spectrum?

We’re not fabricating; we’re sticking stuff together that mostly stays the same. Solder is probably the one thing that changes, and that assembly goes on to a new life—whereas surface prep is associated with making the parts and the pieces on the way to that assembly.

To read this entire interview, which appeared in the June 2021 issue of SMT007 Magazine, click here.